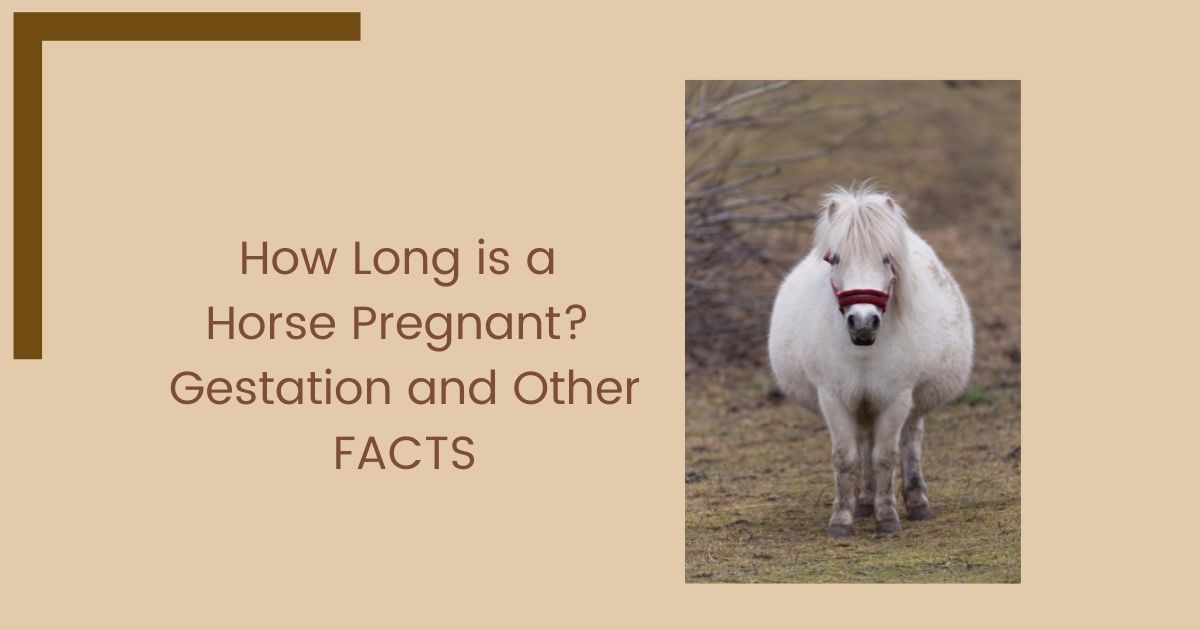 The Costly Exercise of Equine Reproduction

You may be wondering about the cost if you allow your horse to get pregnant. That can only be answered by estimating how long is a horse pregnant. If you are aware of the length of time for the usual horse pregnancy, that will help compute the financial cost.

There are also some hidden costs involved. This will help you figure out if it’s really worth the time, energy, and money involved.

If you are trying to compute the exact horse gestation period, bear in mind that a mare can only carry one foal at a time. Generally, a mare is pregnant for around one year (more or less 330 days). This means you can only expect one foal per year if you intend to breed horses.

In some instances, the veterinarian may discover that your breeding mare is carrying twins. This is a dangerous situation because your pregnant horse cannot support the lives of twins and herself. It may even lead to death for both the mare and the foals.

A responsible veterinarian will inform you that they may have to terminate one twin to allow the mare and the stronger foal to stay alive. This is done for financial reasons (because it costs a lot to breed horses) and for the survival of mares and foals in general.

Signs and Symptoms of a Pregnant Mare

From the time of mating, you can count 26 days. By then, the veterinarian will recommend performing an ultrasound to determine if there is indeed a fetus within the mare’s uterus. Ideally, the vet will hear the heartbeat of the foal. This should also be the time when the vet will check for twins.

When three months from the time of mating have passed, another ultrasound can be performed. Again, ideally, the veterinarian will be able to show you the general form of the foal, the gender, and even the features through this test. There should also be blood and urine samples taken for testing.

As day 114 arrives, the vet may recommend deworming the mare and performing vaccinations. For this second trimester of the pregnancy, it is essential to start increasing the feed and water supply of the mare. The mare needs additional nutrition since the foal in her belly will be growing fast.

Starting at around day 226 of the horse gestation period, you can increase monitoring of the pregnant mare. Exercise is allowed until the seventh month. Remember that you’ll have to keep the mare in a dry, quiet, and comfortable stall so that she isn’t stressed by anything that may affect her pregnancy.

Which Factors Can Affect the Gestation Period in Pregnant Horses?

The timing of the mating is vital because there are seasonal markers. For instance, if you opt to induce mating starting February, March, or April, this may extend the horse birth by one additional week. However, the delivery may occur somewhere between January and March of the following year by then.

As far as money is concerned, some horse breeders try to adjust the horse gestation period to have a faster pregnancy and birth of the foal. This means using artificial lighting to make the horses think that it is still springtime or summer to mate. This is generally the practice for Thoroughbreds.

As mentioned earlier, a mare may sometimes produce two offspring during the same pregnancy. This, too, can affect the horse’s pregnancy because the veterinarian will have to decide which foal to save at that stage of gestation. Some horse owners may attempt to keep both twins, but the foals might be too weak to survive.

If the owner decides to save the twins, the mare herself might spontaneously abort the foals. This can be nature’s way of preventing a significant problem during horse birth. This may result in a substantial loss for the horse owner after investing big money into the survival of both mare and foals.

Naturally, the state of health of the mare and her foals will also be a factor in the pregnant mare’s pregnency stages. The last thing a horse owner wants is for the mare to give birth when she is overweight. Ideally, you should provide the amount of food recommended by the veterinarian. This helps assure a straightforward delivery of the foal.

The Stages of Gestation in Female Horses

Though technically, there is only one gestation or pregnancy per foal produced in equine pregnancy, the entire gestation is divided into three trimesters. Therefore, the horse owner needs to monitor their mare closely when there are signs of the horse going into heat. It doesn’t take very long for mating to follow the period of being in heat.

In the second trimester, which is roughly 114 days after conception and extends to the 225th day, the vet may recommend normalization exercises for the mare. The horse owner may then increase the amount of horse feed and vitamin supplements to help nourish the fetus within the mare’s womb. When six months from mating has been reached, the mare will already be obviously pregnant.

Signs That a Mare is About to Give Birth

Upon reaching day 341 and onwards, the horse owner should check every hour for any changes in the behavior and condition of the pregnant mare. One clue is that the mare may seem to prefer lying down more often. In addition, she may stop eating so much and may even seem to be in pain.

At this point, the horse owner should notify the veterinarian already of a possible horse birth. First, the vet should make sure there is no abnormal vaginal discharge. If there is, the vet may have to take steps to prevent any infection that can put the foal’s life in danger.

Though a horse birth is possible at day 330, it is normal for the mare to give birth between the 340th to the 380th day. It is advisable for the vet to be on the alert even before day 330 has arrived, just to make sure.

The Three Stages of Labor in Mares

As mares get pregnant, it may seem like a marathon race to the finish line of horse birth. However, the good thing is that a mare that has been cared for properly may have a healthy pregnancy culminating with the birth of a healthy foal.

For this reason, it is important to pay attention during the actual three stages of labor.

The first labor stage will ideally be during the nighttime hours as nature intended. This could be because wild foals would have to be strong enough to walk and run with the mares as daylight arrives in the wild. Some mares do delivery in the daytime, though. So first labor will generally take an hour.

For the second labor stage, the foal will seem to be emerging from the birth canal. Although ideally, this stage will be as short as 15 minutes, you have to be prepared for some problems. One possible problem is that the foal is in the wrong position for birth. The veterinarian may have to intervene, if so.

Another problem could be the emergence of twins if this weren’t caught by the veterinarian early on. Since some horse owners want to take a chance on the survival of both foals, the veterinarian may also have to intervene to induce horse birth.

You should be prepared for the worst if twins come out since neither foal might be strong enough to survive. However, if the veterinarian is experienced enough and the twins had sufficient time to develop within the uterus, there is a chance both twins will survive too. It’s a 50/50 chance.

During the third labor stage, it is essential to take note of the “One, Two, Three rule” for horse birth. For one, that means the foal’s hooves emerge from the birth canal within one hour. For two, that indicates within two hours, the foal should have attempted to nurse already. Finally, for three, there should be enough colostrum being drunk by the foal after three hours from emergence have passed.

If you feel better having some assistance, this horse breeding calculator may be helpful. You can input the breeding date to find out an estimated range for the foal’s arrival. It is given as a range since each mare has her own individual way of carrying the foal to term.

It is practical, though, so that the vet and the horse owner will agree on preparations for the horse birth.