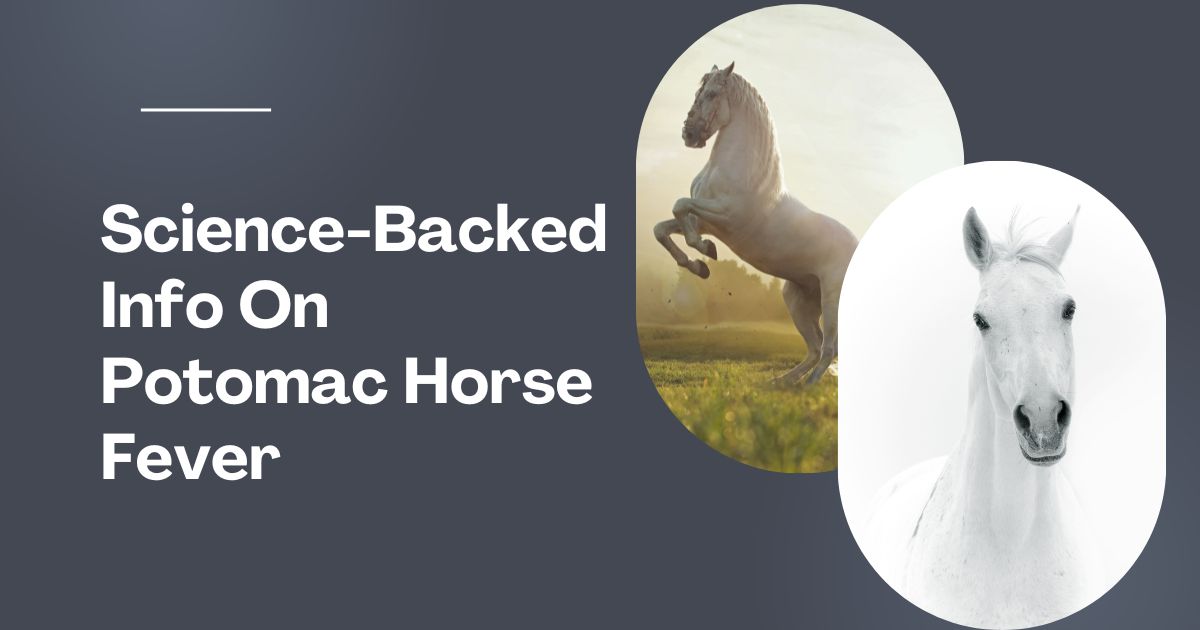 Potomac Horse Fever (PHF) is an acute enterocolitis syndrome caused by Neorickettsia risticii. Clinical cases in endemic areas occur near pastures alongside bodies of water, including lakes, rivers, or creeks.

The PHF commercial vaccine is an inactivated whole-cell vaccine that includes a killed, adjuvanted product based on the same strain of Neorickettsia risticii. The vaccine aims to prevent or decrease morbidity but does not prevent abortion.

The low effectiveness of Potomac Horse Fever vaccination remains challenging for horse owners due to the rickettsia’s high variability in surface antigens, low incidence of seroconversion, and lack of cross-protection between field strains.

Potomac Horse Fever vaccines reportedly protect three-quarters of horses experimentally infected with the disease, but field trials show less favorable morbidity rates. The transmission of PHS is oral ingestion, and the vaccine does not offer antibody protection at the oral exposure site.

Most PHF cases occur from late June to September. The seasonal anticipated challenge peak determines the vaccine schedule for PHF.

Scheduled vaccine suggestions according to the American Association of Equine Practitioners:

Vaccine administration to pregnant mares is off-label. Discussing a vaccination schedule with a vet before breeding a mare or moving a pregnant mare into an endemic PHF region is best.

The basic guide to vaccinating pregnant mares includes the following:

The gram-negative obligate intracellular bacterium Neorickettsia risticii is the cause of PHF. The bacteria have a high affinity for monocytes, a type of white blood cell found in the bloodstream and tissues.

Endemic regions are areas where Potomac Fever in horses occurs frequently. Cases in these areas mainly happen during the mid-to-late summer months or autumn near pastures with large bodies of water.

Water expanses host the vectors that transmit N. risticii. Vectors include various life stages of caddisflies, mayflies, damselflies, dragonflies, and freshwater snails. Horses ingest the insects that carry the neorickettsia. The incubation period is ten to eighteen days. The enterocytes become infected and cause acute colitis.

The life cycle of N. risticii is a complex interaction between trematodes, intermediate insect hosts, and mammals. The neorickettsia-infected trematodes (virgulate cercariae) infect freshwater snails that release infected cercariae. The cercariae develop into metacercariae in the second intermediate host, the aquatic insects listed above.

PHF does not commonly occur in horses under a year of age due to passive immunity. All breeds and age groups are at risk for infection if unvaccinated or in high-risk areas. Pregnant mares are immunocompromised and spontaneous abortions may occur when infected with PHF.

Outbreaks do not often occur, and cases are usually sporadic. Horses showing clinical symptoms are not infectious, so isolation from other unaffected horses is not necessary.

Stable and pasture management plays a significant role in the exposure of horses to PHF. Light sources may attract caddisflies or mayflies, increasing exposure risk. Uncovered feed bins open to the elements may also draw vectors and lead to indirect ingestion and exposure to PHF.

In endemic areas during the summer to fall months, a horse fever of around 102°-107°F (38.9°–41.7°C) needs investigation by a vet. If the fever is followed by moderate to severe diarrhea within 24-48 hours, then the condition is highly suspicious of PHF, but the symptoms are very similar to Salmonellosis. Diarrhea often creates mild abdominal discomfort and colic.

Enterocolitis may lead to the development of laminitis if left untreated. PHF-associated laminitis carries a poor prognosis as it is often severe and refractory to treatment.

Treating PHF requires early intervention to prevent the illness from escalating. Most horses respond well to treatment within twelve hours and recover within three days. Treatment given by vets include:

Pregnant mares contracting PHF have a high risk of abortion, even several months after infection. The abortions also carry the risk of placentitis or retained placenta, so owners must call a vet in case the mare does abort.

Some vets provisionally diagnose PHF according to the disease’s symptoms, season, and endemic status. A definitive diagnosis of PHF in horses requires a blood or stool sample that isolates or identifies N risticii through a PCR assay. Cell culture isolation is not a routine test and is challenging to interpret and not readily available at most diagnostic laboratories.

There are over fourteen strains of N. risticii, presenting a considerable variation in antigenic and genomic heterogeneity not covered by the vaccine’s single strain. The shortfalls of the vaccine mean that owners must implement a  combination of immunization, stable and pasture management to prevent PHF.

Steps to take to prevent PHF include:

Potomac Horse Fever occurs sporadically in endemic areas, and the clinical symptoms and seasonal occurrence are the main clues for owners and vets treating horses with fevers.

Stable and pasture management are the best ways to mitigate the exposure risk, so stable managers need to consider seasonal PHF protocols in endemic areas. Although vaccination is partially effective, it is still the best way to decrease morbidity. The best action is early intervention when owners suspect a horse has PHF.